2003 saw the reopening of one of Catalonia’s best-known railways, the Montserrat rack train, which very soon became even more popular than its predecessor.
The old rack train, which had come into service in 1892, worked with steam locomotives and wooden carriages. The company behind it, Ferrocarriles de Montaña a Grandes Pendientes, S.A. (FMGP), decided to build it to provide easy access for the many pilgrims and the first tourists to go up to the monastery of Montserrat. Despite its success, the line was affected by a lack of investment and maintenance and the company decided to close it in 1957.
However, unlike other closed lines, it was decided to preserve the route of the tracks, which made it easier to reconstruct a few decades later, when overcrowding on the road to the monastery and popular demand made it necessary. 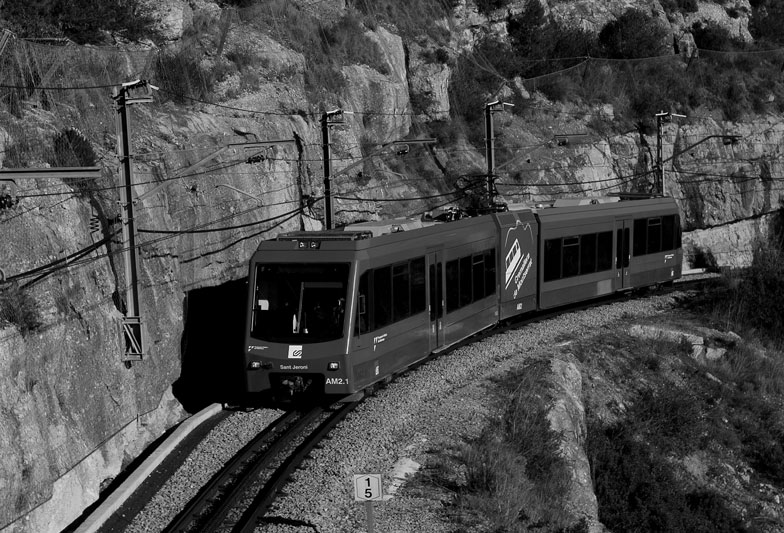