The Alt Llobregat Tourist Train, better known as the Cement Train, has a very narrow gauge of 600 mm, making it FGC’s smallest railway line. It was opened on 10th July 2005 and immediately became one of the area’s top tourist attractions. The name comes from its historical origins, which date back to the beginning of the 20th century, when the railway line between Guardiola de Berguedà and La Pobla de Lillet was built to improve connections for the nearby cement factory located in the municipality of Castellar de n’Hug, and transport its output.
The start-up of a passenger service in 1914 ended the area’s traditional isolation for several decades, and the line also offered a way to ship produce and raw materials out. The rise of road transport from the fifties onwards led to the closure of the line in 1963. However, the stunning landscapes on the higher part of the route led a group of people, led by community groups, to rebuild it as a tourist railway in the mid-eighties. Since it came into service under FGC management it has never stopped attracting tourists. 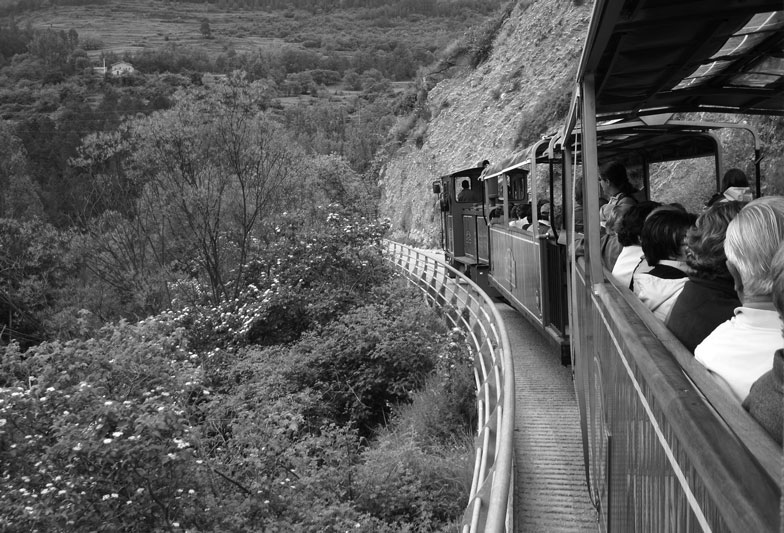