2008 – Growth in Tourism and Mountain

In 2008 the Núria rack train underwent a veritable revolution which placed it back at the forefront of European mountain railways. The opening of the new Roc del Dui tunnel made it possible to increase the reliability of operations and replaced the old route with its large areas vulnerable to rock falls. This latest modernisation process also included other measures, like the purchase of new motor coaches in 2003, the building of a shed at Ribes-Enllaç in 2009 and the refurbishment of Queralbs station in 2012. Alongside this, the Vall de Núria ski resort was also modernised, equipping the valley with a series of facilities and equipment to allow tourist and sports activities to be promoted all year round, not just in winter.
At the same time, the Tourism and Mountain brand was promoted even more energetically, with the taking over by FGC of the ski resorts of Espot and Port Ainé in 2011 and Vallter 2000 in 2013, adding them to those of Vall de Núria and La Molina. In recent years, this group of ski resorts has become one of the main economic and social driving forces of the Pyrenean region. 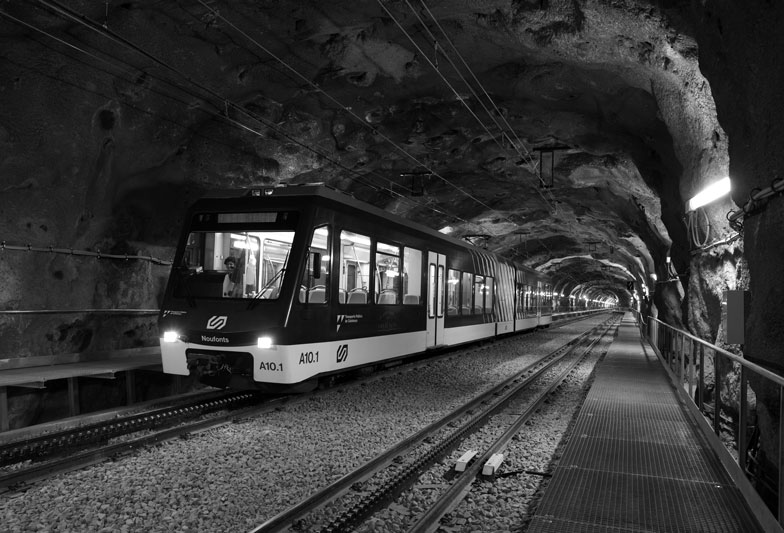